Coming from a Windows background I am used to using IDEs taking care of settings etc. When using Git on a new machine if often waste time configuring my SSH keys. If you want to use SSH keys generated earlier on a new system, just following these steps:

Here is a screenshot of the above commands: 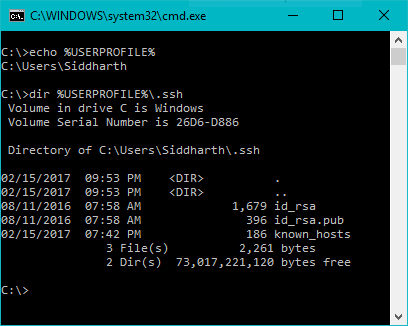 After the steps, Git should pick up these keys automatically. Note, I have tried this on Windows 10, to the best of my knowledge this should work on Windows 7 as well as Windows 8.