There's Sublime Text, Notepad++ and then there's VSCode. VSCode has been coming along nicely since its introduction in November 18, 2015. Microsoft has been steadily adding support for various languages. I recently started using it for Java.

I sort of got stuck when running JUnit tests from VSCode. I did find a few articles explaining how to get it working. Coming from a C# background I always have a slight mental block when working with Java. Anyway, if you following the tutorials on the WWW about this you should be OK. If you're NOT, then here is a super easy way to get you some help. First of all make sure you have the following plugins installed:

First check if your machine is configured to run unsigned PowerShell scripts:

If you get the text Unrestricted, you can directly run the prepare_java_project. If not, then execute the following PowerShell command:

The following project folders are created: 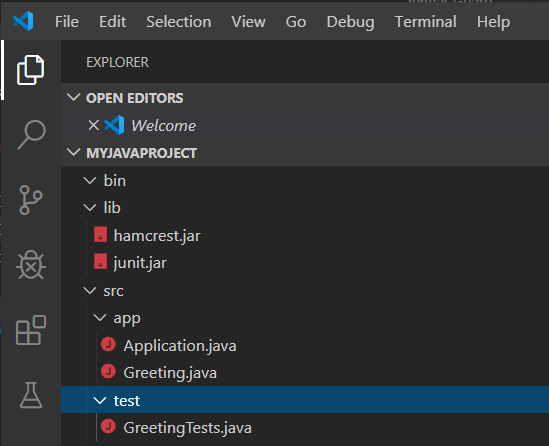 The script will even open VSCode with the folder loaded for you. Now, all you have to do is save the workspace at the root folder which would be d:\temp\MyJavaProject as per the code given above. And... you're done. If you now open the GreetingTests.java file, you should get the 'Run test | Debug Test' codelens options. As you'll see in the image below, we have run the test and it passed. 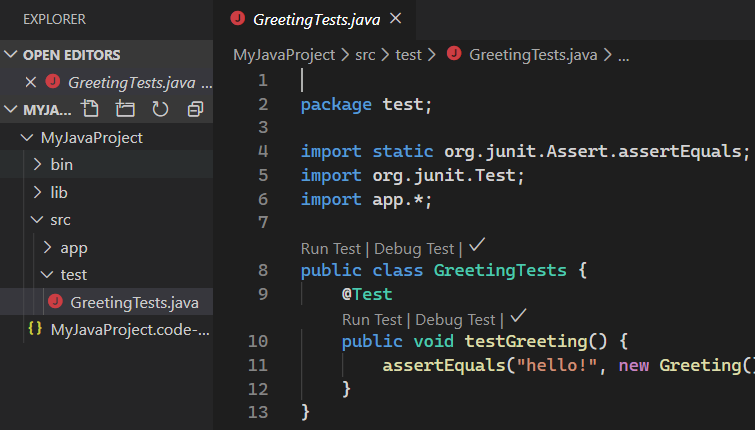